America vacation with the Turkish Lira for Americans

1. The first in the world from renown travel agency WTS (World Travel Service): America vacation with the Turkish Lira for Americans.

The Turkish lira is constantly losing value against the USD and the EURO and WTS have announced a huge campaign. WTS has began sell the Miami tours for the Americans.

These ads were prepared in English for the citizens of America, England, France, Germany, Spain, Greece, Italy. Wts offers holiday lovers for 5 nights / bed and breakfast accommodation in top destinations of the world with the prices starting from 399 Turkish Liras.

There are a lot of famous cities such as Varadero (Cuba), London, Barcelona, ​​Athens, Tokyo, Rome, Venice, Paris, Prague, Amsterdam in this campaign.

WTS organized this campaign not only these cities. Many tropical paradises such as Thailand‘s tourist attraction Koh Samui, Indonesia’s honeymoon island Bali and Goa from India were included in this huge campaign of WTS.

Another “all-inclusive” opportunity for the Turkish Lira campaign is Forest Park Hotel in Halkidiki, Greece.
In Halkidiki’s magnificent atmosphere, the price of 3-night all inclusive accommodation starts at 799 Turkish Liras.

And you can stay 3 nights Hermes Studios in Rhodes, Silver Beach in Kos , Viyana Hotel Arpi Vienna with 399 Turkish Liras.

Bed and breakfast accommodation at Rex Hotel in Belgrade,The capital of Serbia, is only 499 Liras for 4 nights. You can also stay at the Hotel Piccolino in Sarande, Albania, one of Europe’s newest tourist destinations, the same price. 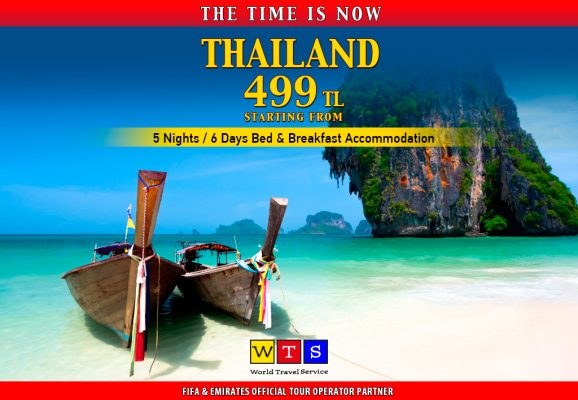 The sky, the sun and the sea…Tropical paradise Phuket is only 499 TL

The biggest campaing of WTS is Thailand’s famous Phuket island. The price of bed and breakfast accommodation for 5 nights at the Ibis Hotel in Phuket is only 499 Liras. 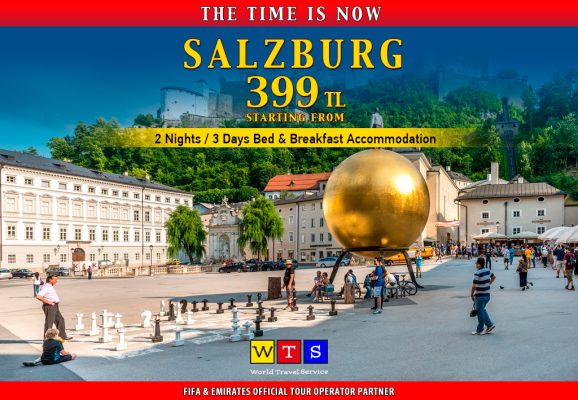 History, art, culture and modern lifestyle in the city of Mozart…Salzburg, the city of Mozart, is the most important cultural and artistic cities in the world. WTS offers 2 nights bed & breakfasts 399 TL in Salzburg.

WTS gives opportunity to watch Mozart’s concert for free for the music buffs.

You can also stay for 3 nights with 499 TL at the Hipotel Paris Bordeaux Menilmontant in Paris.

1. The first in the world from renown travel agency WTS (World Travel Service): America vacation with the Turkish Lira for Americans.

The most beautiful summer terraces in Paris