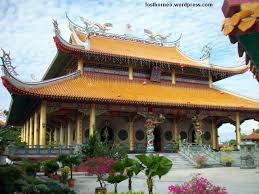 Hindus have given a worldwide call for establishing a proper Hindu temple in Miri (Sarawak, Malaysia) on the island of  Borneo.

Zed, who is President of Universal Society of Hinduism, stressed that it was important to pass on Hindu spirituality, concepts and traditions to coming generations amidst so many distractions in the consumerist society and a temple could play an effective role in this direction. He urged the Miri Hindu leaders and community to keep-up the efforts to realize the Hindu temple.

Rajan Zed also urged the area petroleum and natural gas, timber processing, oil palm and shipbuilding industries to back the construction of Hindu temple complex, which would be another feather in the cap of diverse Miri, incorporated 1933, which was among the Malaysia’s five busiest airports.

Miri Hindu Society, whose objective includes “Foster the spirit of devotion, dedication and worship”, is raising funds for the proposed temple. G. Selvaraj, Narayanasamy, Anbalagan Krishnan and Sivasangaran are Chairman, Vice-Chairman, Secretary and Treasurer of the Society. There are reportedly about 1,000 Hindus in Miri, including many professionals.

Maldives celebrates Ramadan: A perfect time for tourists to visit