Erdogan will visit the monument of Cuba’s national hero Jose Marti at Havana’s Revolution Square on Wednesday. He will then be welcomed in an official ceremony and will hold bilateral talks with Cuban officials.

After attending a luncheon, Erdogan will visit Old Havana and the Center for Genetic Engineering and Biotechnology in Havana. 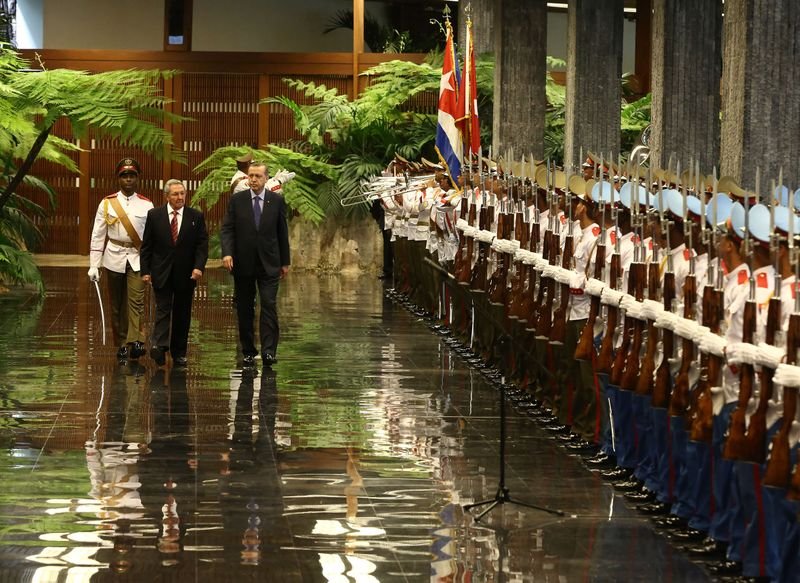