At least 32 people, including six children, were killed when a cargo plane crashed near Kyrgyzstan’s capital, Bishkek on Monday, according to a Kyrgyz official. 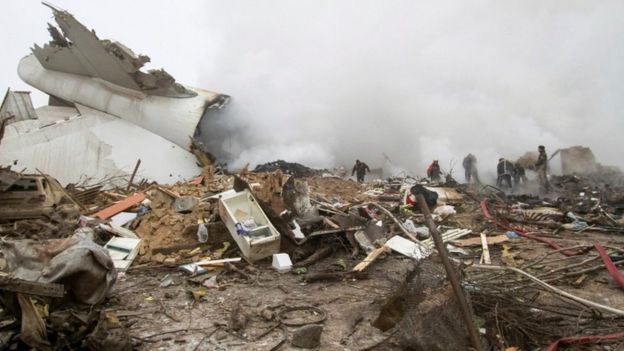 The aircraft on a flight from Hong-Kong to Bishkek crashed during a landing approach due to bad weather conditions at 7:31 local time (01:31 GMT), Kyrgyzstan Deputy Prime Minister Muhambetkaliy Abulkaziyev announced.

According to NationalTurk News, The Bishkek airport authorities said the cargo plane, which belongs to ACT Airlines, crashed into a residential area.

The flight had five crew members on board, and one of them survived, as the plane crashed in a residential area, Kyrgyz Health Ministry informed.

The ministry also said there were four injured people receiving treatment in hospitals currently. The research and rescue efforts are ongoing.

Turkish Airlines set to restart flying to US, Far East

Turkish Airlines to provide hygiene kits in its flights