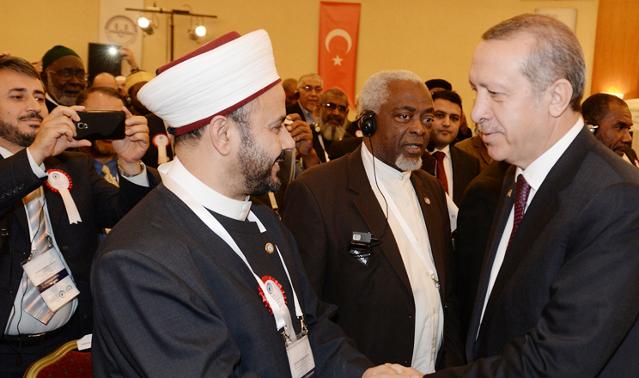 Turkish President Recep Tayyip Erdogan claimed that Muslims had discovered the Americas three centuries before the voyages of Christopher Columbus.

Recep Tayyip Erdogan said Saturday that the Americas were discovered by Muslims in the 12th century, nearly three centuries before Christopher Columbus set foot there.

He made the claim during a conference of Latin American Muslim leaders in Istanbul, pointing to a diary entry in which Columbus mentioned a mosque on a hill in Cuba.

“Muslim sailors arrived in America from 1178. Columbus mentioned the existence of a mosque on a hill on the Cuban coast. I would like to talk about it to my Cuban brothers. A mosque would go perfectly on the hill today.

Most history books say that Columbus set foot on the American continent in 1492, while seeking a new maritime route to India.

Some Muslim scholars have recently suggested a prior Muslim presence in the Americas, although no pre-Columbus ruin of an Islamic structure has ever been found.

In a controversial article published in 1996, historian Youssef Mroueh refers to a diary entry from Columbus that mentions a mosque in Cuba.

However, the passage is widely understood to be a metaphorical reference to the shape of the landscape.