Pope Francis on visit to Turkey 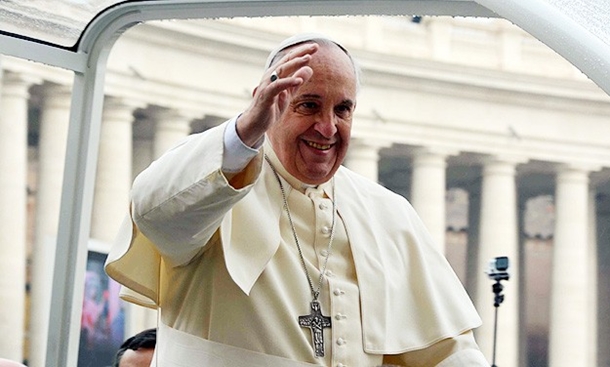 Pope Francis will hold today a historic trip to Turkey with a route marked by ecumenical meetings and dialogues with Islam, according to sources close to the Holy See.

The trip of the Pontiff is the fourth made by a Pope to that European country, Vatican Radio said.

According to the information, the visit begins with a reception, chaired by President Recep Tayyip Erdogan, in his new palace in Ankara, the capital.

According to the details given by the official Vatican spokesman Federico Lombardi, on this trip the Pope binds the interest in the strategic position that the Turkish nation has in the area of conflict in the Middle East an the opportunity to continue with the interreligious understanding.

The agenda includes a visit the small Catholic community in the country, with a 99.8 percent Muslim population, and the seat of the Ecumenical Patriarchate.

After some meetings with President Erdogan and Prime Minister Ahmet Davutoglu, the Pope is scheduled to meet with the president of the Diyanet or department of Religious Affairs, the largest religious Islamic state authority.

During the second day of visit, the leader of the Catholic Church will move to Istanbul, where he will participate in events of religious and ecumenical character and will tour institutions like the Museum of Hagia Sophia, ancient basilica and now a mosque, ordered to be built by emperor Justinian.

In the nearby Sultan Ahmet Mosque, known as the Blue Mosque for that color tiles covering its walls, the Holy Father will meet with the Grand Mufti and an imam.

In addition, there will be a Mass at the Catholic Cathedral of the Holy Spirit, with the first Pope’s homily and an ecumenical prayer in the Patriarchal Church of St. George, with speeches by Francis and Patriarch Bartholomew I.

After that they will hold a private meeting.

The last day of the visit, November 30, includes events of liturgical character and a private Mass at the Apostolic Delegation in Istanbul, to be followed by a meeting with the Chief Rabbi of Turkey, Isak Haleva.

Before returning, the official program includes a meeting with fifty students of the Pontifical Salesian Oratory representation in Istanbul.

The links between the two religious institutions took a positive direction since the mass to mark the start of the pontificate of Francis when Batolome I attended the event, something unprecedented since the Great Schism of 1054, which divided to Catholicism and Orthodoxy. (PrensaLatina)