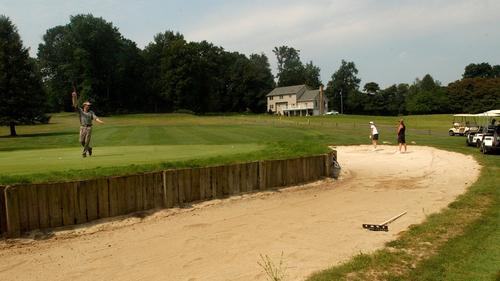 A 20,000 square-foot former Golf Club banquet hall on about 14 acres is reportedly set to become the BAPS Shri Swaminarayan Hindu Temple in Lower Saucon Township in the Lehigh Valley region of Pennsylvania (USA).

Lower Saucon Township Council, in its public hearing on December 22 evening, reportedly gave its approval. The banquet facility, in what used to be Woodland Hills Country Club having a 148-acres 18-hole golf course, now reportedly would be converted into a Hindu temple.

Meanwhile, distinguished Hindu statesman Rajan Zed, in a statement in Nevada (USA) today, commended efforts of the leaders and the community involved in reshaping former banquet site to a Hindu temple complex.

Rajan Zed, who is President of Universal Society of Hinduism, further said that it was important to pass on Hindu spirituality, concepts and traditions to coming generations amidst so many distractions in the consumerist society and hoped that this upcoming Temple would help in this direction. Zed stressed that instead of running after materialism; we should focus on inner search and realization of Self and work towards achieving moksh (liberation), which was the goal of Hinduism.

Reports suggest that the proposed Temple, which will be in operation early next year, will offer worship, prayer, educational, etc., services; and its services on Sundays and religious holidays will conclude with a vegetarian meal. Many Hindus of the area have been commuting to a temple Edison in New Jersey for worship services.

Hinduism, oldest and third largest religion of the world, has about one billion adherents. There are about three million Hindus in USA.