Cuba can be a gateway for Turkish investors to enter South-Central American market, the Cuban envoy to Ankara said.

“Turkish companies can participate at Mariel special economic development zone which enables them to enjoy a number of benefits such as tax incentives and selling not only to the Cuban market but also to exporting to many Latin American countries with drastic tariffs reductions based on regional agreements,” Luis Alberto Amoros Nunez told Anadolu Agency.

Nunez underlined that the bilateral trade volume fell short of its potential.

“But there is an issue that does not allow trade to increase between two countries. Trading goods not directly but through European countries is among factors behind it.”

He called on Turkish and Cuban authorities to pave the way for “direct” foreign trade.

“We need to conduct trade with our entrepreneurs, companies and business people,” Nunez said.

Bilateral trade volume between Turkey and Cuba rose more than 50% in the last five years to reach nearly $44 million last year, according to the Turkish Statistical Institute (TurkStat).

In 2018, Turkey’s exports to Cuba amounted to some $32.4 million while imports from the Caribbean nation were around $11.6 million, TurkStat data showed.

Turkey ranked 12th among countries Cuba exported the most and 16th among the country’s imports, according to the Trade Ministry. 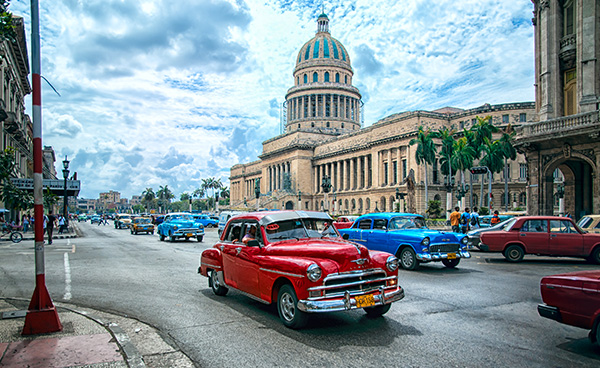 He added that Cuba’s biotechnology and tourism sectors have great cooperation potential for Turkish investors and partners.

“We have a new type of medicines especially for treatment of cancer and diabetics. They can be traded more and produced together here in Turkey,” he said.

Touching on the new constitution approved in February, Nunez said it will not only attract more foreign investors but also give more protection to them.

Majority of Cubans on Feb. 24 said yes to a new constitution enshrining a single-party socialist system and recognizing some economic and social change.

“Many foreign companies opened and continue to open business in Cuba, despite the obstacles presented by the U.S. economic embargo against Cuba and the setback in bilateral ties under the Trump Administration, including recently announced measures under the so-called Helms-Burton Act,” he said.

Nunez added that the country will continue to support foreign investors and fulfill its promises.