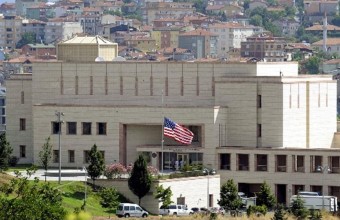 As U.S. citizens worldwide prepare to celebrate the Thanksgiving holiday, traditional recipes will be published on the U.S. Consulate in Istanbul’s “America @ Istanbul” Facebook site.

According to Huriyet Daily news,U.S. citizens and consulate staffers will share both American traditions related to the festival and their favorite dishes for Americans with Turkish people on the social networking website, which is open to the public.

The consul general will also host a dinner with all the consulate staffers, which has become a tradition at the consulate in Istanbul, consulate media representatives told the Daily News on Wednesday. As Thanksgiving is an American celebration, it will be the U.S.-citizen employees who serve the dinner dishes to the Turkish staffers for Thanksgiving Day.

Thanksgiving Day is a harvest festival celebrated in the United States on the fourth Thursday of November, a tradition dating back centuries to give thanks for a bountiful harvest. It is also known as Turkey Day thanks to the tradition of serving a turkey as the main dish at Thanksgiving dinner, which brings the whole family together.

Canada also celebrates Thanksgiving, on the second Monday of October.