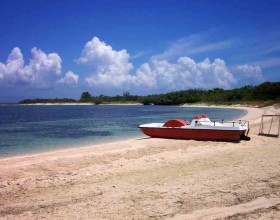 A powerful campaign to allow all Americans to travel to Cuba is rumbling through Congress, with both backers and opponents predicting eventual victory.

Approval of the measures would have a profound impact on U.S.-Cuba relations, unleashing an estimated one million American tourists to visit the island and undermining White House control of policy toward Havana. “There would be an explosion of contacts between Americans and Cubans . . . that would almost overshadow what the two governments are doing,” said Phil Peters, a Cuba expert at the Lexington Institute think tank in suburban Washington.

Cuban officials have told recent U.S. visitors that while President Obama’s policy changes so far have been too timid to require a Havana reply, ending the U.S. travel ban would be significant enough to require some sort of concession from Havana.

Many on Capitol Hill say the effort to end the ban is not likely to happen anytime soon. But even opponents of the free-travel bills in the House and Senate admit that the campaign for approval is hard to ignore. “I have never seen a stronger effort,” said Mauricio Claver-Carone of the U.S.-Cuba Democracy political action committee.

Backing the change has been the U.S. travel industry, dozens of newspaper editors, large agricultural companies, and notable leaders such as former Secretary of State George Shultz and New Mexico Gov. Bill Richardson.

“Our goals should be to get rid of the travel ban in the next six months,” Richardson said last week in a speech to the National Democratic Network in Washington.

Polls show that 60 to 70 percent of all Americans favor lifting the 1960s-era travel ban.

On Sept. 3, Obama ended restrictions on Cuban Americans to travel to the island to visit families. But other U.S. citizens and residents can travel only under special permits for groups such as churches, academics, and business, not for tourism.

On Capitol Hill, most of the recent attention has been focused on a bill backed by Rep. William Delahunt (D., Mass.), who has gathered 180 sponsors – 38 short of the 218 votes required for passage.

A lesser-known version of the bill is seen as having a better chance of passing because it also eases restrictions on U.S. agricultural and medical sales to Cuba, in hopes of gathering support from those lobbies, said a Republican staffer monitoring progress of the bills, who spoke on condition of anonymity.

The main Senate version of the measure, which has 25 cosponsors from both parties, is championed by such leaders as Sens. Christopher J. Dodd (D., Conn.) and Richard G. Lugar (R., Ind.). Supporters say the bills have not moved forward because of the lack of active support from the Obama administration and the Democratic leadership in both chambers.

Administration officials – who have begun opening lines of communication with Havana on regional issues – say that lifting all travel restrictions at once would be too drastic and perhaps chaotic and that the president prefers a more measured warming of relations.

Hot-Affiliates Ads
Advertise on this page.